Do You Have A Project Related To Bricks, Blocks, And Tiles Decoration?

GET A FREE QUOTE

The main operating mode of this splitter is automatic, but it can be operated in semi-automatic mode as well.

In semi-automatic mode, splitting is activated by pressing a foot pedal or a button for manual control. Both in automatic and manual modes, the splitter works “all way through”.

Brick splitters as well as block and tile splitters are designed to split standard bricks or different workpieces. As a result of splitting, there is a surface that looks just like the surface of natural stone. The painting with pigments and a broad range of different fillers allows you to receive many kinds of textures with beautiful intersperses from inert materials.

There are several options for splitting the standard solid brick (250*120*65 mm):

Approximately the same principle is used when splitting other solid bricks.

Workpieces of a special shape should be used for the manufacturing of a broad range of split bricks. The most commonly used workpieces are with dimensions of 240*250*65 mm, which are split in half to get two standard bricks 250*120*65 with one chipped edge 250*65 mm. Recently, a  workpiece with dimensions of 250*50*65 mm gained popularity. It allows obtaining two facade tiles with dimensions of 250*25*65 mm. The workpiece is molded straight with bevels. The use of premolded bevels allows both to improve the appearance of the product and to receive more predictable chipping that will be located just on the surface bounded by the bevels. The TITAN 2SPA series splitter is available in both two-blade and four-blade options. TITAN 2SPA block splitter has a more powerful drive compared to another model of the TITAN 1SPL series.

Our brick splitters have a tried-and-tested design. The most important technical peculiarities of our splitters are:

Consumers consider such decoratively finished products to be of increased value. Along with this, the manufacturing cost of such products doesn’t increase much, which significantly increases the profitability of manufacturing.

Splitting machines for bricks, blocks, and tiles are the most popular type of rusting machines. Most of the brick factories based on hyper-presses are equipped with such machines.

Bricks and blocks splitters of TITAN “SPL” and TITAN “SPA” series are designed to split bricks, blocks, or specially made workpieces to obtain the surface texture that is similar to the texture of the natural split stone. Splitting of artificial stone has been used for quite a long time and it remains a popular method of decorative finishing.

The basic items for splitting are the workpieces consisting of bricks which are coupled along the bevels. Besides, workpieces from paired blocks and other items can be split as well.

The splitters differ in the following parameters: the cylinder force, the height of the item to be split, the number of knives, and the degree of automation.

We manufacture a variety of splitters with two and four knives. Machines can be either automatic or semi-automatic.

Two knives are enough to split the item along a pre-formed bevel; to receive a smoother chip when splitting a workpiece without bevels, we recommend using four-sided splitters. Splitting the block requires a lot of the cylinders’ force which makes the knives move.

Apart from mass-produced splitters, we can develop individual solutions with different degrees of automation.

After splitting, the surface of items isn’t textured enough: you won’t even see chips if stand only several meters away from the brickwork.

In this case, one should use splitters. They can make the item surface or a special brick workpiece much more textured.

The highly-textured surface is often called a “rock” surface.

For such cases, we have developed a whole range of woodpecker splitters and piano splitters.

The same effect of a rougher chip can be achieved by using more complex piano splitters. They have many chisels which move alternately. These are high-performance units that can be built-in into fully automatic slotting lines.

TITAN polishing and sizing machines for sizing and polishing bricks, blocks, and tiles.

TITAN polishing machines (polishing units) are designed to give the surfaces of products molded on hyper press (bricks, blocks, tiles) the effect of natural polished stone.

Polishing machines or polishing units have a linear design. In general, they are similar to natural stone polishing machines, however, there are some peculiarities. We use at least 7 polishing heads and one sizing head in our brick polishing units. More polishing heads can be used when working on harder types of raw materials or if there are higher requirements for the cleanliness of the product’s surface gloss. The brick polishing technology is quite new. If the bricks were polished using this technology, they are called moon marble, moon bricks, Brickhouse bricks, etc. We have developed and patented our technology for manufacturing such bricks.

Just like a brick, a block can be polished on polishing units too. Because of the larger size of the block, one will need larger polishing units with more powerful drives. That’s the only peculiarity of block polishing.

As expendable materials for polishing, we use standard diamond-tipped elements such as Frankfurt and others.

Tumbling machines for the aging of bricks, blocks, and tiles.

Tumbling machines (tumbling drums) are installations designed for finishing bricks, blocks, and tiles’ surfaces with the effect of aging. The simplest tumbling drum has a rubber coating. The products themselves are used as tumbling media. Products (bricks, blocks, tiles) are loaded inside the drum. After this, the tumbling drum starts to rotate. Collisions of products against each other and against teeth sticking out from the walls of the drum lead to the finishing of the edges and their irregular chipping.

A simpler option for finishing the brick surface (tumbling) is an installation with chains. Rapidly rotating chains hit the brick surface, thus, making the edges smoother and aging the whole product surface.

The aging of bricks, blocks, and tiles is a very popular finishing technique. Each brick turns out to be unique because tumbling provides random chipping of edges.

Units for washing the tile surface.

Our company manufactures installations for washing the surface of tiles using a high-pressure flush of water.

High-pressure washing of the tile surface is a process in which a flush of water washes off fine particles of aggregate from the product’s surface. Washing is performed on the recently formed tiles. As a result, the surface of the product becomes rough and looks appealing. The main advantage of this technology is the much better traction of shoes on the surface of such tiles.

In terms of technology, it’s very important to correctly select the granulometric composition of the mixture.

Units for painting and impregnating the bricks, blocks, and tiles’ surface.

In some cases, one needs to finish the surface of bricks, blocks, and tiles by impregnating them with chemical reagents (for example, a primer) or painting their surface.

We have developed painting lines for painting and the impregnation of bricks. As the products move in such lines, they are evenly sprayed with chemical agents and paint. Another option is a short-term dipping of products in a tank with reagent or paint.

The main advantages of our equipment for decorative processing of bricks, blocks, and tiles

Why do our customers choose splitters

The amazing appearance of products and a great number of textures.

Rustic products are in high demand.

Brick and block Titan 2SPA splitter is a very powerful machine with a high splitting quality. They are a perfect choice for small workshops and have the following advantages in this case: 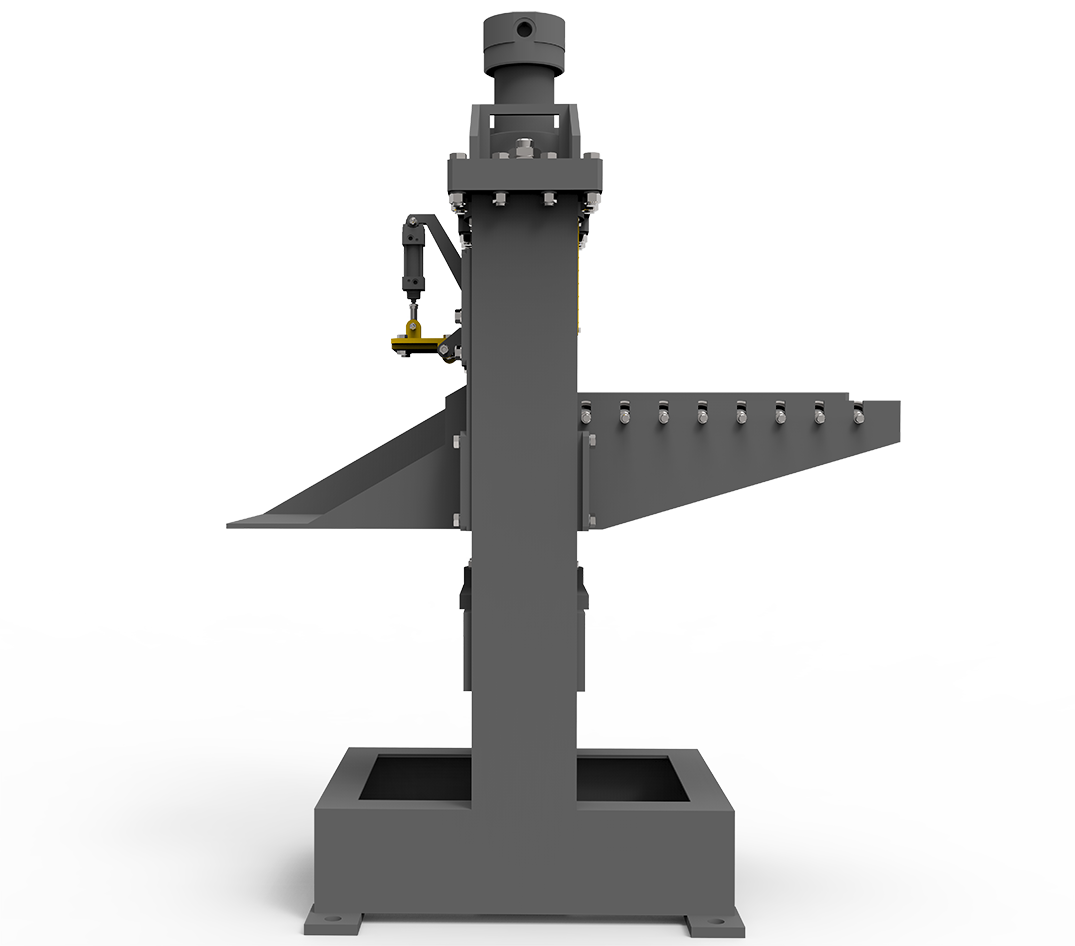 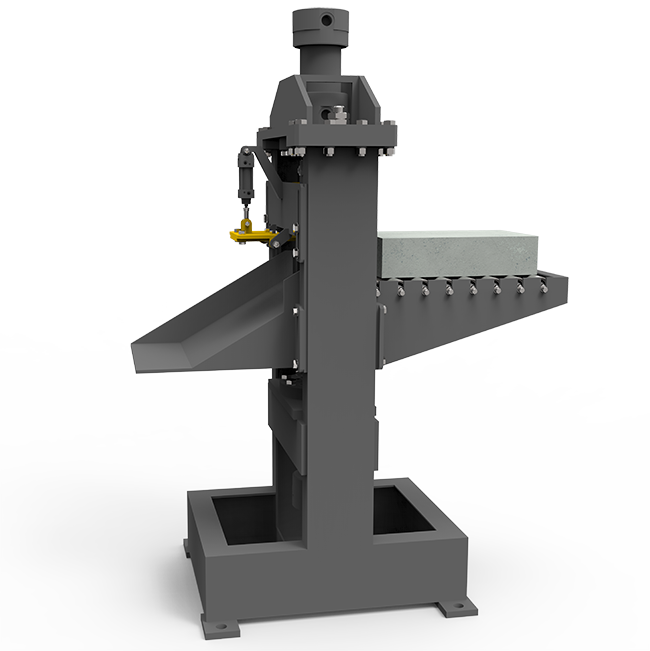 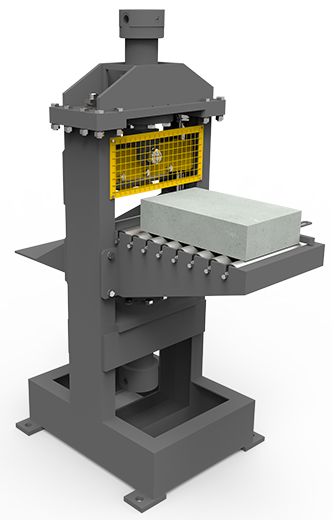 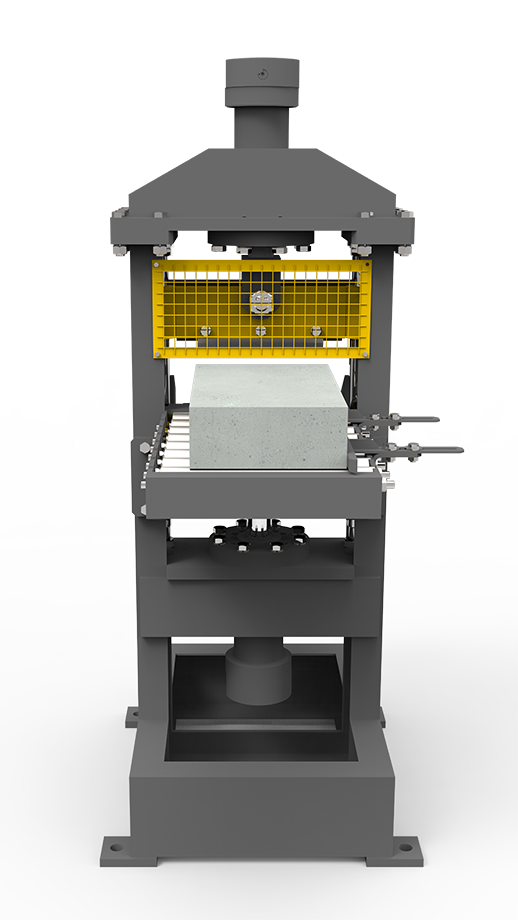